The Flight of the Bumblebeezzz

Those of you who follow Karen on Facebook will know that she has been invaded by bees! She is cultivating a number of them in her loft office and releasing them into the environment (as they are in short supply). So it seemed this amusing link was most appropriate. Flight of the Bumblebee on 101 Bottles!
Posted by OzBlog at 10:43 No comments:

Volunteering works - can you help raise a million?

Karen's volunteer work with The Prince's Trust continues. The Prince's Trust's has been very successful in the last year, helping 44,000 young people through a variety of schemes to get them into employment, education and training (EET). The Princes' Trust achieved its target to get 80% of its young people into EET - in a year where 1 in 5 are unemployed this is an excellent and impressive result by the young people.

Karen supports the Leaving Care scheme, one of only two in the country. She mentors disadvantaged young people who are in care, or leaving care, to become more independent and self sufficient.

Of course fundraising is always vital to support the Trust and we highlight an opportunity below that can gives great benefit to an organisation.

Could your company be a million-maker?

In this current climate does your company need:
• To engage, inspire and motivate your people?
• To cut the cost of training whilst delivering continued personal development?
• To be socially responsible and raise your public profile?

Million Makers is a no-cost learning and development tool proven to build essential skills and motivate your employees. Teams are faced with a very real challenge in turning an initial capital sum into profit.

Many companies benefit each year from this team building programme, called Million Makers, guided and supported by the Trust with initial seed funding of up to £1500 per team.

Studies show that when employees achieve something challenging, the pressure more often than not has a positive effect on their level of psychological well being, in turn linked to an improved performance in the workplace. (Robertson, Birch, Cooper 2009)

If you would like to know more or to put forward a team please get in touch with Karen or contact getinvolved@princes-trust.org.uk or call The Princes Trust on 020 7543 1250 www.princes-trust.org.uk
Posted by OzBlog at 10:40 No comments:

Are you engaging our people or still in 'command and tell'mode?


Do your people submit ideas or suggestions or are they frustrated getting you to listen?

At worst, is the Board at each other's throats behind closed doors?

What do we measure?


What are the Benefits?
• Arms you with knowledge about why, how and where improvements can be made, so you can focus on meaningful business elements and use available funds wisely
• Helps develop cohesive high performing teams at board level resulting in common goals and increased effectiveness
• Enhances reputation and credibility of leaders and the business, both internally and externally
• Builds two way communication and understanding between leaders, senior management and their people, building greater loyalty, job satisfaction and people retention
• Gives communication teams a sound basis on which to create their communication strategy and plans, to build improved effectiveness

Contact Karen if you would like a free consultation or discussion about how to improve leadership communication.
Posted by OzBlog at 10:35 No comments:

This month we won an award and have been entered for another!

The award was for marketing consistently and effectively using our newsletter and building our database via Constant Contact.

Constant Contact chooses small businesses and organizations from different industries for their All Stars award. Criteria for success includes:

Karen is delighted to announce that our recent successful leadership communication project has been entered for a CIPR award by our client, a fast growing, industry leading international investment house.

Karen originally helped develop the model with colleagues at Item as a result of research they carried out on behalf of the International Association of Communicators (IABC).

This was the title of a recent talk about depression by Dr Bev Daily, Trustee of the Burnham Health Promotion Trust. He talked about the classic symptoms of depression that can often become apparent at this time of year, and can be evident due to seasonal affective disorder syndrome (SADS).

It seems our brains can be resilient for a certain period of time and when the winter has done its worst some people succumb to the illness, known as 'the black dog' by Sir Winston Churchill.

Many well known, high profile people suffer with depression but it still has a stigma attached and is not commonly known as an illness. If it was called 'brain flu' or 'mind sickness' would people perhaps be more accepting and open to talking about it?

The typical symptoms are:
• Early morning awakening
• Seeing the negative side of everything
• Feelings of guilt and unworthiness
• Loss of libido
• Loss of interest in activities or hobbies

However, some people often conceal it very well and may do so by throwing themselves into lots of activities to distract themselves.

Our complex brain has millions of nerve cells that communicate with each other across junctions called synapses. The transmission of nerve impulses through the brain is part electrical along the cells, and part chemical across the synapses, by neuro-transmitters such as serotonin, which is thought to make us happy.

Depression can be regarded as physical illness and is caused when there is inefficient chemical activity in the brain.

The circuits in the brain become faulty just like the circuits in a television set. Whereas people are quite willing to have a TV set repaired there is often a reluctance to seek treatment for depression, even when anti-depressants can have a remarkably successful and rapid effect in as little as 1-2 weeks.

The use of Cognitive Behavioural Therapy (CBT) is also known as a successful treatment for anxiety and depression and can help change negative thought patterns.

Outside factors can trigger an attack or worsen a condition, including breaks in routine and holidays. Inactivity can also trigger depression and exercise can help alleviate it. Change of job, or loss of status, are also known to be factors.

One in five people are known to suffer from depression at some point in their life so it is highly likely you will know someone affected.

What can you do to help?

Take care as people may get cross if asked if they are depressed and especially if they are patronised:
'I expect it's her depression again'
'He needs to just pull himself together'.

With gentle encouragement a visit to the doctor is the first step to getting well, especially if insomnia is very bad and prolonged.

Upbeat music, reading, light exercise, some activity, plenty of water, sunlight, smiling, practicing CBT and eating healthy food can all help. There are plenty of books with good advice - Dr Windy Dryden is a particular authority on the subject of depression and anxiety.

If you would like a more detailed article posted to you about depression or a conversation in confidence please contact Karen for more information.

How does your brain work? 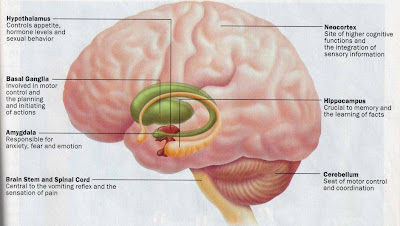 David shares research that says we can only hold four pieces of information in our brain at one time. We can only do a job really well by focusing on one thing at a time. So have multi-tasking women been getting it all wrong?

How many actors on your stage?

So keeping our stage free of too many distractions is essential to get our brains to work most effectively. One suggestion is that when we get to work and open our emails first we are deluged with too many distracting actors that send us off in too many directions. The best way to be most effective is to focus on the one main priority first, and then review your emails when that task is completed.

Putting on a SCARF

When we feel threatened or unhappy David Rock explains that there are several social qualities that impact on our responses to threats, and he uses the mnemonic SCARF to describe them.

Status - where you feel you fit in the pecking order
Certainty - how certain you are about what is happening
Autonomy - how in control you feel at work
Relatedness - who connects with you on a human level?
Fairness - who treats you fairly?

This model seems to make particular sense when you consider what people experience and how people feel when going through change.

Rock then highlights another interesting piece of research about a human being's intrinsic need for fairness.

Stephen Pinker in How the Mind Works thinks that the need for fairness derived from the need to trade efficiently in the past. "In the distant past, when you couldn't store food in the refrigerator, the best place to store resources would have been by giving 'favours' to others. Resources were stored in others people's brains, as potential reciprocal snacks down the road."

Fairness - a vital factor for engagement

So Rock says: "Workplaces that truly allow employees to experience an increasing perception of fairness might be intrinsically rewarding. Organisations trying to increase a sense of engagement could do well to recognise that people experiencing a sense of unfairness may get as upset as being told they won't get to eat for a day." 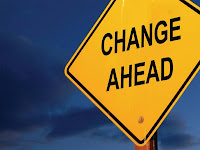 More research in the Harvard Business review around corporate restructuring found that when people understood that decisions were made fairly, the impact of the downsizing was dramatically less. If not and people feel they have been treated unfairly by an organisation there can be no end of complaints. This explains why communicating the reasons for decisions about change is so critical.

And isn't it interesting how the coalition has been playing on our sense of fairness in their communication about the need for cuts...?
Posted by OzBlog at 10:00 1 comment:

How are you feeling? 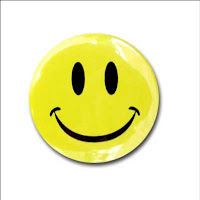 Did you know that your wellbeing can be analysed using a 'Personal Wellness Profile' which measures against these factors. How do you think you would score in each?

You may feel stressed and under pressure just reading the list!

But just by naming and labelling the emotion you are feeling can reduce the levels of stress in your life, according to author David Rock.

If you understand how your brain works and what brain functions kick in at certain times it can help you to manage your 'state' - one of the fundamental NLP principles.
Posted by OzBlog at 16:16 No comments: